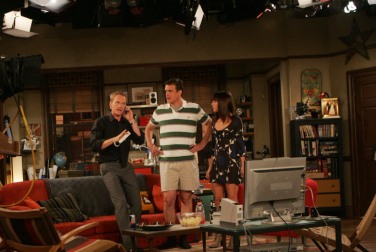 When the strike is over and first-run programming begins to shoot, one of the first tools Director of Photography Christian La Fountaine will want on the set of How I Met Your Mother is Vinten heads. “I’ve used Vinten heads on all my sitcoms,” says La Fountaine, who won the 2006 Emmy for Mother and has shot such hit series as Complete Savages and Life with Bonnie.

“All of our pedestal cameras use Panavised Sony F900’s and Vinten Vector 700 heads,” he explains. “Vinten heads are the gold standard for sitcoms in Hollywood. The operators I work with are the best, and they are used to the best equipment. Vinten’s superior engineering allows our operators to fine-tune the counterbalance and friction quickly and to exacting standards. This gives them the feel that is required to meet the challenges they face on a daily basis. The result is the camera operator has a perfect interface to move the camera and get the shot.

“The demands of a show like How I Met Your Mother, where we go from stage to the back lot with some shows including as many as 60 scenes, are tremendous. That puts a lot of pressure on our operators, to get it right every take.  “Recently, we were required to photograph a stuntman tripping and falling down some stairs, doing a front roll and landing without spilling his ‘takeout’. Having our camera operators keep him in frame and ‘sticking his landing’ was no easy task. It was the equivalent of a wide receiver making a one-handed touchdown grab. Vinten, allows them the touch they need to grab the most difficult of shots. The excellent versatility and reliability of Vinten heads allows us to capture any image our writers dream up, and if you watch our show, you know this bunch can dream!

“I’ve been in the camera department for almost 25 years,” he adds. “Much of that time was spent in the episodic and feature worlds. Vinten heads are as valuable a tool as I’ve seen. If a set in Hollywood has a pedestal dolly, it almost certainly has a Vinten head sitting on top of it. And as How I Met Your Mother’s Neil Patrick Harris says, “their reputation is LEGEN-wait for it-DARY.”

Christian La Fountaine won the 2005 Prime Time Emmy Award for his cinematography on How I Met Your Mother. He began his camera career as an assistant on Hill Street Blues, and became an operator on City of Angels. As a Director of Photography he’s guided the lighting for Life With Bonnie, Complete Savages and now, How I Met Your Mother. 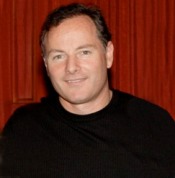